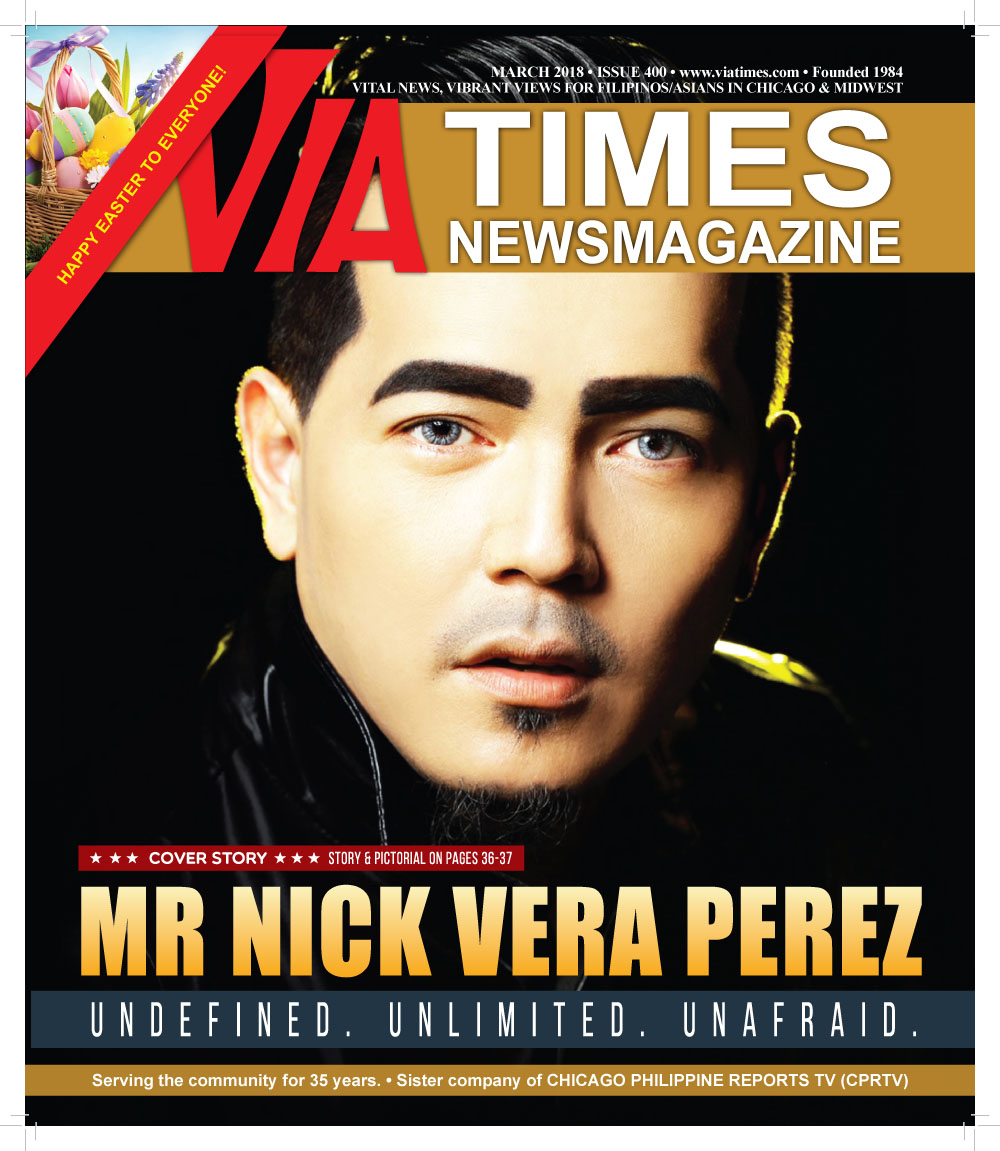 For many years, Mr, Nick Vera Perez has dreamt of making it huge on his own, with NO assistance from others. This is his greatest self-challenge which he rightfully so created and perhaps, progressively made. When asked, “How did you do it?” He claims, “it is all about perseverance, dignity, reputation and making your craft best at each time you showcase it.” Mr. Nick Vera Perez has learned the arts behind, physical, mental, social, financial and emotional sides of Music and Arts, now we term, showbusiness.

As we recall from his life’s bio which can be read at www.nickvera perez.com, NVP, short for Nick Vera Perez, started singing at age 3 with his late father, Pastor Philip Tan, Sr, as his inspiration, who he visits annually to pay respect for his death anniversary. For years, his dad was his #1 loyal fan. His father was an opera singer, who can burst a bulb in private room performances, through his powerful chest vocal resonances. Mr. Nick Vera Perez is known for his crispy, husky, round and versatile, strong vocal power, where he can adjust strength and control on demand. His vocal whispers send chills when he sings and inspires the inner being, our soul. Mr. Nick Vera Perez sings with his heart from first introductory note to the end of every song. He has his own signature flares at each second verses to the very end. He loves to change these parts which made him, the love of his fan bases worldwide.
Growing up, he never stopped competing solo singing, and has never landed second. With 100++ and counting Music (Solo Singing) trophies on his belt, and counting, Mr. Nick Vera never stops pursuing newer heights each day. As we have known in the past, Mr. Nick Vera Perez, to name a few has these prestigious awards to brag; From Chicago Philippine Reports Tv’s Hall Of Fame Awards 2013, He was the Entertainer Of The Year, followed by same award given the following year by the Philippine American Social Services in 2014. Same Award bestowed on him by the Philippine Independence Week Committee in 2015, and in 2016 – 2017was coined Best Entertainer in Chicago by the VDance Fever. For 5 consecutive years, Mr. Nick Vera Perez lives and continues to thrive. This sustaining power is remarkable and in fact, has made more awards when he made 24 shows in 28 days last May 2017 in Manila Philippines, when he released his first inspiration POP album, digitally released by Warner Music Philippines, carrier titled “I AM READY.”

Gawad Filipino awarded Mr. Nick Vera Perez with Media People’s Choice Awards for Breakthrough International Balladeer 2017, while Gawad Sining gave him Outstanding Achievement Award as International Host and Singer 2017. Remembering Xsport Fitness also declared Mr. Nick Vera Perez as WINNER for the 5 clubs in GET-FIT Challenge 2016, which through discipline, he was able to kick off 48 lbs of body fat away and has sustained it until now. IN lieu, Kangen Water Limitless Lifestyle has given him two accolades to add; and Healthy Body Model Award Excellence in Public Relations and Music in 2017.

The Album “I AM READY” carrier single landed #2 at the 95.5 FM radio PINAS (Philippines) and has been saving thousands of lives from depression. It has 12 tracks, with which two were releases slowly for public listening pleasure. Total of four tracks to enjoy at the moment; namely, I AM READY, MY MOM, DITO SA AKING PUSO, and ALAPAAP., all of these are all available to download via online streaming and doanloading systems like iTunes, Apple Music, Spotify, Amazon Music, Deezer, Google Play and more.Two tracks to watch this Summer 2018; You’re My Hero and Di Maglalaho. His tracks are all inspiration to start with, laser-focused on awakening the inner soul to do more good.

The song I AM READY, tackles how one must stand again, and never to give up anything and get the second chances we all deserve in life. It is actually a contest piece. My MOM, is a song dedicated to his loving mother, who NVP adores as well all see it. “Took me four to almost five months to complete recording it without crying” he states. My MOM is leading in the US as the most downloaded track of NVP on iTunes, and spotify as people can relate the story behind their relationships with their moms. This song gave everyone the chance to say ILOVE you and THANK YOU to all worldwide moms for those who are unable to express these emotions live to their moms. Alapaap, is a teen song with beats clouding to that of reggae which we all can relate when we first saw our crushes , hahahaha. Those were the days. Alapaap soared high on its first release and you must listen to it. IT has been played on some community dancing as well and has been well-downloaded by teenagers, children and out age group as well. It captured the hearts of many. Dito Sa Aking Puso sounds like a tele-serye theme song from start to end. It give you that loving chill, on how, when we fell in love, we were once tied to that forever promises, how love stands strong and lasts. Such a beautiful love song to listen.

The album has 12 tracks and three bonus songs, total of 15. It si the GOLD edition. IT gives you the chance to sing your versions of I AM READY, YOU’RE MY HERO and MY MOM with all three in accompaniment/instrumental modes. Guesting on his first album is his niece Ms. Kamylle Paula singing her rendition of Mr. NVP’s original song I BELIEVE IN YOU which is scheduled for release Winter2018. The 12 tracks are all original NVP hits. Music and Lyrics combined composed by Adonis Tabanda, who makes songs for Amon Morissette and Jonalyn Viray of Philippines ABS-CBN talent board. He admits, he loves making songs for these two and Mr. NVP.
Mr Nick Vera Perez has performed locally, internationally and with all his endurance, Mr Nick Vera Perez was just recently nominated as one of top 7 Best New Male Recording Artist Of the Year 2017, by PMPC or Philippine Movie Press Club’s Star Awards For Music 2017; the Philippine version of Grammy Music Awards. The gala night will be April 2018.

While his singing career is rising, Mr. NVP always make a structure plan before he leaps. This year 2017, his life goal is NVP 2017; THE RISE. And it is really happening. In 2018; he set it on ‘18NVP, Higher, Bolder and Stronger. With sub captions; Undefined, Unafraid and Unlimited.And we also see it going.

Running neck to neck with singing, Mr. NVP has always been our Master OF Ceremonies Extraordinaire. Each time he held that microphone, his vocal whispers tame the crowd effortlessly, and classy. With each hosting event, NO ONE can argue how NVP does his magic. Most attended, and enjoyed as always. Mr. Nick Vera Perez is the chosen celebrity co-host for the huge pageant we all know; Miss Earth United States 2018 for Illinois, and Indiana which will be held April 15,2018 at the College of Lake County by Greyslake, IL. Then co-hosting Miss Earth United States 2018 for Wisconsin at Madison, Wisconsin on May 27,2018. Tickets available at www.eventbrite.com. Mr. Nick Vera Perez has hosted for top notch fashion show for DRESS PARTY Ohio and Jegie Clothing lines under Carrera co, as well as community events like VDance Fever, as house host, PIWC, and more.
On March 24,2018 at the Drury Lane, Mr. Nick Vera Perez will perform at his very own company, the NVP1WORLD ENTERTAINMENT, LLC, with the initial offer show titled, I AM READY ALBUM LISTENING SESSION IN SERIES 2018; IL,A SOLD OUT show (within 2.5 weeks of ticket opening), for all his private and wonderful guests; strictly by invitation only, 10 songs with high end stage, menus to enjoy. 4 of which are all his own original as produced. His audience will get to enjoy multiple giveaways by sponsors and enjoy privately picked talents of NVP1World, Ms. Olivia St, Ms. Alyssa Solomon and introducing Ms. Hannah.

Sponsored by TFC / ABS CBN, Mila Michaels, the show is brought to you by BOWA Construction, Chicago Nightingales, Eva Flis Photography, All State, Kubo Restaurant, D’Cuba Restaurant, Kangen Water Limitless Lifestyle, CPRTv, Via Times, Creative Imprints, and Drury Lane For sending a gift to use yet another huge ballroom for the after party event. This is a TWO event in one. Special raffles and giveaways will be settled by Mr. Nick Vera Perez himself during the set. Gourmet desserts provide extra flares at the after party album CD signing and official private special VIP photography by the pageant photographer Ms. Eva Flis.

Mr. Nick Vera Perez flies back to Manila on May 7th and will do 32 shows and appearances in 17 days on his NVPhilippines 2018; Album Mall Tours which are scheduled with Cubao Farmers, SM and more. God bless his endurance.

BE READY. GET READY. Are you READY? I AM READY! That’s what his song says…and so do I. I cannot wait to witness myself what the world is raging lately. Truly remarkable, Mr. Nick Vera Perez, our CPRTV and BVIA TIMES Pride, our very own talent extraordinaire.

You may follow him at his busiest social medial www.facebook.com/Nick Vera Perez, be sure to find that blue check mark facebook verified so you know you are dealing with the real Nick as there are five Nick Vera Perez fake profiles hanging around, Follow him on all these; Instagram/nickveraperez1, you tube/Nick Vera Perez channel, Twitter/Nick Vera Perez and if you want to sing with him, download app SMULE and find him NVP1 and start enjoying his vocal rehearsals. Watch out for his company webpage; NVP1WORLD Entertainment, LLC for more show offers; save the date 12/22 “A Christmas Wish.”, 6/2019; “Fire” and 8/2019; WANZ UP ON A TIME. With membership, you can avail these shows with 20% discounted rate automatically. Check him out on www.nickveraperez.com and all Philippine local newspapers. 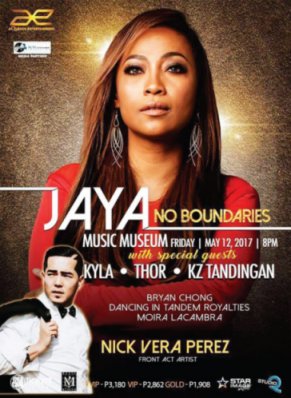 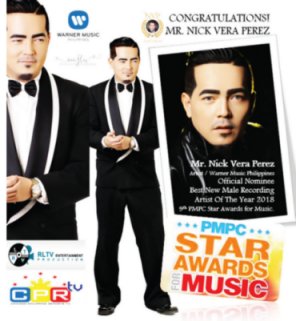 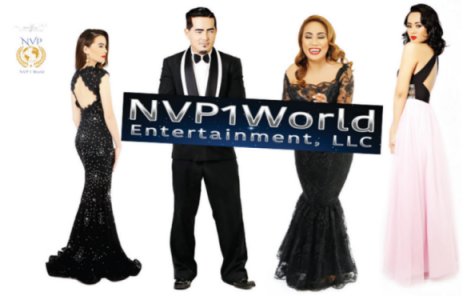 2018-03-01
administrator
Previous: Hearing Help Express
Next: ExSpouse Benefits and How They Affect You